Today’s guest-poster is none other than the inimitable SkiBikeJunkie. I’m a regular reader of his blog, probably the best-written of Utah’s numerous bike-ski blogs, which covers of course his skiing and biking adventures, but also observations on everything from work to philosophy to school-mom attire. If you haven’t yet checked it out, you should.

I’ve mentioned before that I have a list of things I want to blog about before completing this project. For some time yeast has been on the list, and I’m grateful to SBJ for tackling it in full force with this awesome* 2-part series.

*It not only has tangents, but even a Half-Baked Theory!

When I told my wife I was doing a guest post about yeast, she informed me that the first thing she thinks of when she hears yeast is yeast infection. I can't imagine she's alone in this. Because she, being quite a skilled baker, should have a lot of interest in yeast aside from the kind that can get a little out of control down there. But even though she's cultivated her own wild yeast for sourdough starter, I guess the discomfort of a yeast infection was what she thought of first. Who can blame her?

Extra detail: Yeast infections are primarily from the Candida genus, hence the name Candidiasis for a yeast infection. They're in the same family as the yeasts used for brewing beer and baking bread but a separate genus (just in case you were starting to feel icky about beer or bread). Candida is a naturally-occurring commensal* in many mammalian species, and a yeast infection is evident not based on the presence of Candida but rather an overgrowth of the yeast. In other words, it's there all the time, it's just that sometimes there's too much of it, it penetrates the mucous membranes, thereby causing irritation. This same annoying yeast is also the cause of diaper rash.

*I didn't know what this word meant either. It's a class of relationship between two organisms wherein one benefits and the other is unaffected. Not to be confused with parasitism, wherein one benefits to the detriment of the other; competition, wherein both are harmed; or mutualism, wherein both benefit. Incidentally, symbiosis and mutualism are often confused. Mutualism is actually a type of symbiosis, as are commensalism and competition. How's that for disambiguation?

Extra, extra detail: Sourdough isn't just yeast, but rather a combination of wild yeast and bacteria. In the case of San Francisco sourdough, the most famous variety, the yeast is typically Candida milleri, and the bacteria is Lactobacillus sanfrancisco, both of which play a unique role. The yeast strengthens the gluten, while the bacteria ferments the maltose in the dough, generating acid in the process and giving the dough its distinctive flavor. Typically the ratio of yeast to bacteria in San Francisco sourdough is ~1:100.

Aside from causing irritation in the most inconvenient of places, yeast is way, way cool. And not just because it makes bread fluffy and beer bubbly, though we'll get to that part too. Culinary applications were, after all, the reason I was interested in this post, but since I learned some cool stuff along the way, we'll use that as background for the culinary uses.

Tangent: The first time I heard about yeast infections was when I was in high school. Not through first-hand experience, but when one of my friend's mom told us about the time her husband was on shore leave from the Navy after six months right when she happened to have a yeast infection. Being the good Navy wife that she was, she didn't tell him about it and just endured the discomfort. I hope she took advantage of a yeast by-product beforehand to distract her from the pain a bit.

Yeast is part of the Fungi kingdom. Baker's yeast, Saccharomyces cerevisiae, was the first eukaryotic organism to have its complete genome sequenced. Unlike many fungi, however, yeasts are single-celled organisms. When I first mentioned doing a post on yeast to Watcher, he mentioned that yeast are cool because they evolved from single-celled to multi-cellular and back to single-celled organisms. I couldn't find any research on the topic, so if you know anything about this, please speak up in the comments.

SPECIAL WATCHER NOTE: I told myself I wouldn’t enhance or edit any guest-posts, but this topic is just too cool to pass up. Yeasts almost certainly evolved from multicellular fungal ancestors, and, like just about everything really cool in nature- from flight to eyes, to tapeda lucida to C4 photosynthesis- have done so multiple times independently, in multiple fungal phyla/sub-phyla. A number of fungal species actually exhibit both yeast and multicellular forms. One particularly insidious example is Penicillium marneffei, a pathogen which afflicts roughly 30% of AIDS patients in Southeast Asia. The switch between P. marneffei hyphal (multicellular) and yeast (unicellular) forms is temperature. At cooler temps it grows hyphally, but at higher temps, such as human body temperature, it grows as a yeast, and this form is the possibly fatal one. There’s actually a word for this switch from hyphal to yeast forms: arthroconidiation.

Anyway, yeast are able to reproduce asexually by budding, but they also create spores in a sac called an asci wherein ascospores are produced which may combine with other ascospores for sexual reproduction.

Yeasts occur naturally as part of the skin, gut, and mucous flora in animals as well as on the skins of fruits. They are also found on plant leaves and flowers, soil, and salt water. They're all over the place, as some are likely growing right now on the surface of the leftovers in your fridge. As these yeasts grow and metabolize food, the character of the food changes, resulting in spoilage (that dry-aged beef that tastes so awesome at the high-end steakhouse tastes so good in part because of a fungus that grows on the exterior during the aging process without spoiling the meat).

Approximately 1500 species of yeast have been described, but this is believed to be less than 1% of yeast species (if you're interested in having a species named after you, identifying and describing a yeast species may be your best opportunity). Yeasts were also one of the first species to be cultivated, which leads to my half-baked theory about grasses, yeast, cattle, and human evolution. 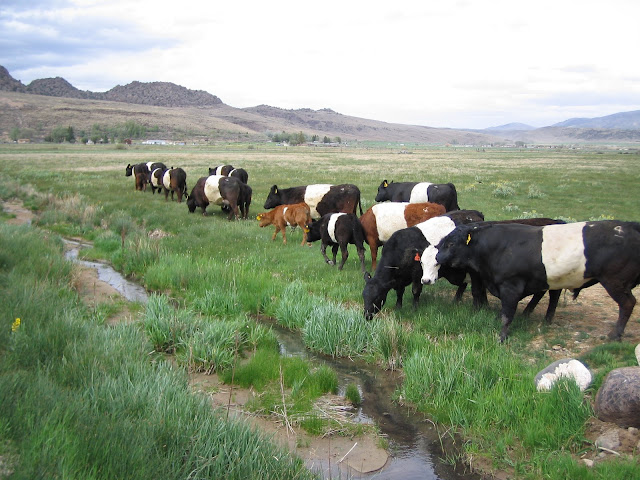 Half-baked theory: humans would not have evolved to be as successful as we are (however successful that is) without grasses, yeast, or cattle (pic left=actual photo of some of SkiBikeJunkie's uncle's herd of cattle). We get a majority of our nutrition--either directly or indirectly--from grass species (rice, wheat, maize, barley, and sugar cane are all grasses). Much of the nutrition we get directly from grass involves yeast in the production. Much of the nutrition we get indirectly from grass, we rely on cattle (or sheep or goats, but primarily cattle) to turn the protein in grass into a form usable by humans.

Humans wouldn't have evolved without grass. And I don't think humans would have used grass as successfully as we have for nutrition without yeast and cattle. Interestingly enough, it's a single yeast species, Saccharomyces cerevisiae, that's used for making bread, beer, and wine.

Unfortunately, when and how yeast was first cultivated is a mystery, but the first record of its use in bread is from ancient Egypt. We're left to speculate that dough was left out longer than normal on a warm day, the naturally-occurring yeast in the flour was activated, and the bread that was baked was lighter, fluffier, and tastier than the hard, flat cake of the day. Another, equally probable explanation is that the baker used wine or beer as the liquid in bread, likewise resulting in a leavened loaf. Obviously this was something to try and replicate, and the use of yeast in bread making began.

This naturally-occurring yeast could have been used for subsequent loaves by saving some of the old dough, just like a sourdough starter, to begin the leavening process in the new batch. Records show that the use of yeast as a leavening agent occurred in close proximity to the beginning of beer brewing, so it's also possible that the barm* (the foam or scum that results from alcoholic fermentation) from beer brewing could have been used as an early source of yeast for bread making, thus negating the need to use the wild strains.

*Sourdough starter is also known as a barm.

Early bread bakers lacked the benefits of modern microbiology and so would have cultivated their yeast strains based on trial and error. Again, yeast cultivation paralleled brewing, as the yeast cultures often began from the "emptins" or dregs from beer and cider fermentation. These cultures were grown in a medium similar to the wort used when brewing beer, and, interestingly enough, were preserved in a similar manner to keep bacteria from contaminating the cultures by boiling or adding hops to the medium.

Tangent: One of the things I find most interesting about science is that so often it's not used to find new information, but rather to explain why folk wisdom works the way it does. This is especially true in athletic training. Exercise science very rarely comes up with new workout regimens. Instead, it explains why the workout regimens used by successful athletes and coaches are effective. Certainly once the foundation of why something works is established, that technique can be innovated and enhanced, but again, it's more likely that science is catching up by explaining what the top athletes are doing rather than providing them with new ideas.

Yeast production has further evolved into full-scale industrial production, initially with the advent of blocks of fresh yeast, then granulated (dry) yeast, and now instant yeast*. 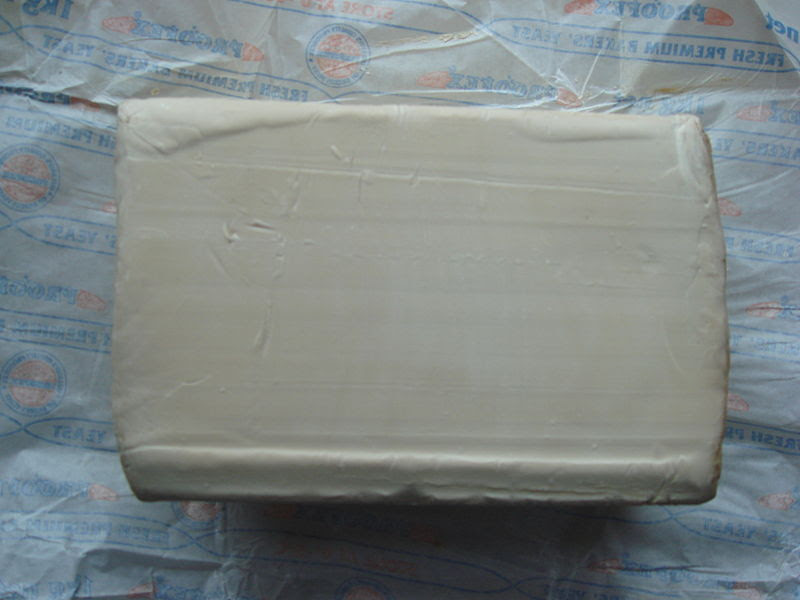 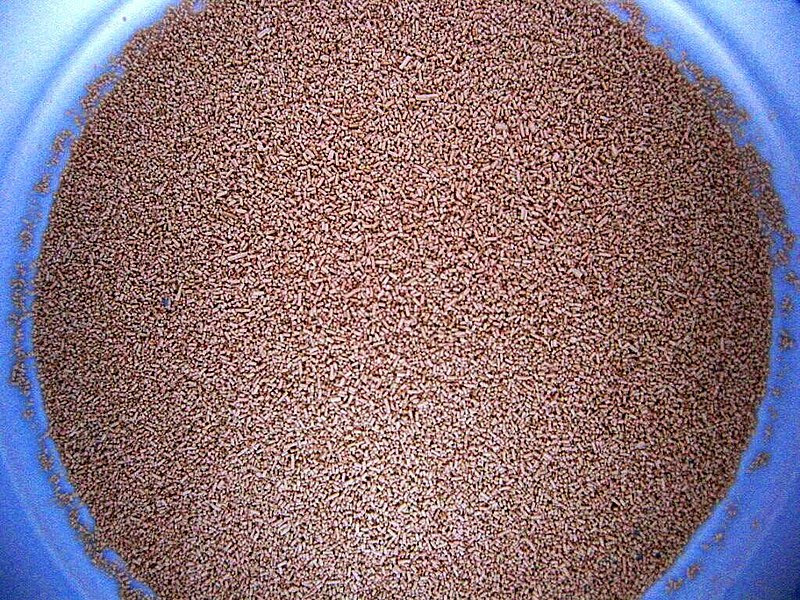 *If you bake and don't use instant yeast, you should. It makes the step of getting the yeast started in warm water or milk unnecessary. You just mix the yeast into the liquid, flour, and whatever else, and let the dough proof as normal. Way easier.

Different yeast strains have different characteristics that result in different flavors, and artisanal bakers may eschew packaged yeasts in favor of wild yeasts or sourdoughs that lend their bread the desired flavor profile. Similarly, brewers and vintners may select different yeast strains in the production of wine and beer in order to achieve a desired characteristic or facilitate a particular brewing method.

Next up: Yeast in the brewing industry.
Posted by Watcher at 7:00 AM

Very nice. I was going to do some writing on yeast as it pertains to brewing as the Mop keeps bugging about content longer than 140 characters...

I might wait until you finish part two and cover what you don't.

Interesting history of yeast. I have not read part 2.

Science gives us models to understand/explain/predict what we already observe. Good point.

Tangent: Yeast in the bible is synonymous with sin. Not sure why, but as you note apparently it's everywhere, and it is essentially impossible to be yeast free. During Passover especially, the entire week you are supposed to eat yeast free foods, specifically unleavened bread.

This article is fascinating AND it involves Yeast!