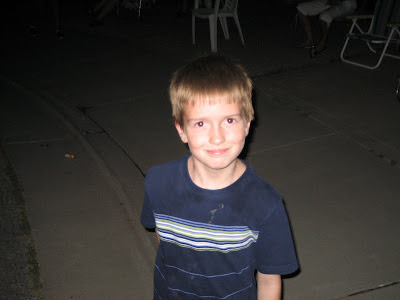 So a couple weeks back when I was in San Diego, I mentioned that Wonder Boy was in Bird Camp. Bird Camp was a roaring success, adding to his already formidable avian knowledge base. Last Saturday the kids and I headed up to the Bear River Migratory Bird Refuge, and Wonder Boy was our infallible guide. 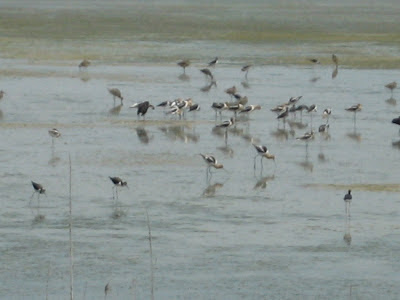 Every bird we saw- Ibis, Avocet, Pelican, Egret, Franklin’s Gull, Yellow-Headed Blackbird, whatever- Wonder Boy identified it for us. Even for an adult- much less a 9-year old- his ornithological expertise is daunting. He reads, sees or hears something once, and like a computer, it’s part of his database. Take my botanical knowledge, multiply by 10, and you get a feel for Wonder Boy’s level of bird-related knowledge.

BTW, the Bear River Refuge is an amazing place- one of those “I can’t believe I’ve lived here all these years and never been there” places. It plays a vital role in the migrations of many, many birds. 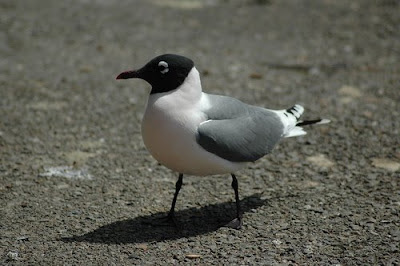 Here’s a quick example: Franklin’s Gull, Larus pipixcan. There are around 50 species of Larus, or “Gull” in the world, many (most?) of which look pretty much like a common “Seagull.” I’m partial to Franklin’s Gull mainly because it has a cool black head and doesn’t try to steal your lunch. But the really cool thing about Franklin’s Gull is its lifestyle.

It summers and breeds mainly on and around prairie lakes in Alberta and Manitoba. In fact it builds floating nests along the reedy shores, which it constantly replenishes with new nest materials as the stuff on the bottom decays and sinks. But it winters clear down in Chile and Peru. That’s a monster commute, and it wouldn’t work without places like the wetlands where the Bear River empties out in the Great Salt Lake.

Besides its impressive migration, the really interesting thing about Franklin’s Gull is that it summers and breeds only around freshwater, far from the coasts, but frequently winters in/on salt water, along South American beaches and estuaries. 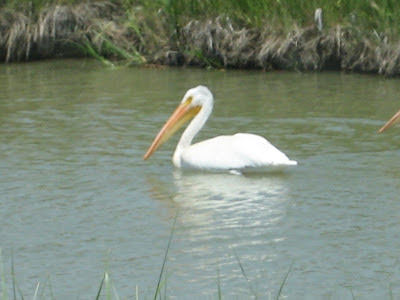 But the really cool thing about the Refuge is that there are dozens of interesting birds like L. pipixcan, and each one has it’s own great story about how it lives, migrates, breeds, etc. And it seems like Wonder Boy knows them all.

Tangent: Wonder Boy also displays this encyclopedic-sponge-like capability in other areas, including dinosaurs and mammals, as well as a series of (to an adult anyway) non-productive geeky pursuits, such as Pokemon and Yu-Gi-Oh! Surprisingly though, he’s socially well-adjusted and seems popular in school… 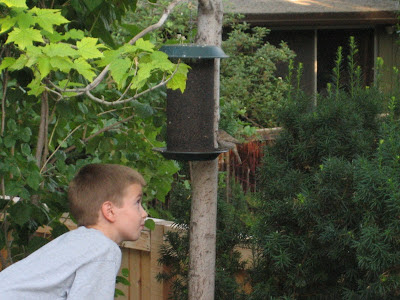 Wonder-Boy often kills time pacing back and forth in the back yard, muttering to himself, reciting animal facts or snippets from Yu-Gi-Oh! Cartoon episodes, or who knows what. My wife and I are convinced this is how he “processes” all of his facts. And lately, he’s added a new backyard habit- “stalking” birds at the feeder. He creeps up, getting closer and closer, until he gently touches the bird with his hand, stroking the back-feathers! (I swear I am not making this up.) Here’s a picture of Wonder Boy closing in on a female House Finch, Carpodacus mexicanus, which he “made contact” with less than a minute later. My wife now calls him “The Bird Whisperer.”

The level of brains and patience this kid has is incredible. Of all the creatures I’ve been checking out and blogging about this year, Wonder Boy is surely the most amazing.

Your kiddo is absolutely amazing! Thank you for sharing, great story :)