For weeks Awesome Wife has been bugging me to tell her what I want for Christmas. Clothes? Gear? Books? What do I want? She thought she’d come up with a great gift idea when I lost my camera, but her hopes were dashed when Fuzzy found it the next day.

The problem is that I’ve reached that age where, if there’s some thing I want, well I generally just go buy it. I really have pretty much everything I need. Of course AW and I still buy each other nice gifts, but generally, whatever major gift we give one another at holidays is something we’ve pretty clearly specified.

Thinking about this recently, I thought about how it’s one of the things I miss about being a kid. Remember how, some years, you’d get a Christmas gift, and it was something you completely didn’t expect, maybe hadn’t even thought of, and yet it was totally the Best Gift Ever? Remember how incredibly happy that made you? That’s what I miss about being a kid at Christmas.

The ideal Christmas gift would be something that made me feel that way, that didn’t cost a lot, and that I never had even thought of. Oh, and it would have some kind of connection to baby Jesus, too, since, well you know, it’s Christmas.

Yesterday when I got home from work, the package from Fuzzy had arrived. Just as he’d promised, it contained my camera which I’d lost on Luke’s Trail, now safe and sound.

Side Note: Probably the nicest thing* about recovering a lots camera is recovering the photos you hadn’t yet uploaded off it when you lost it. I’ll share just a couple here.

*In fact, from a financial standpoint, losing the camera wouldn’t have been as big a deal as I’d feared. Over the last year or so prices on point & shoots have plummeted. If you’re looking for a last minute Christmas gift, you can pick up the updated version of my camera for about $110. I’ve had it for 18 months, abused it thoroughly, and it’s still working great.

A nice view of the Little Grand Canyon of the San Rafael River: 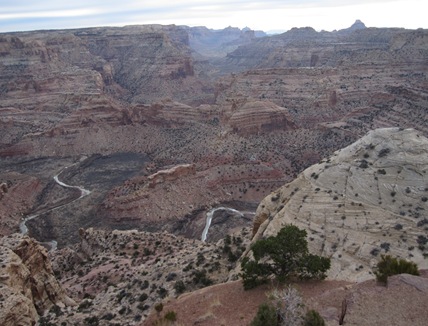 Here’s a cool zoom from along the rim of Good Water Canyon. The circled area shows an apparently recent cliff-break/slide KanyonKris spotted, which you can make out from the bare, vegetation-free slopes below. 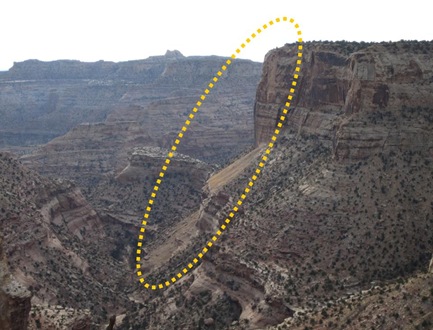 Here’s a better shot of the “pavement-slab” formation in a broken-off chunk of Carmel rim rock: 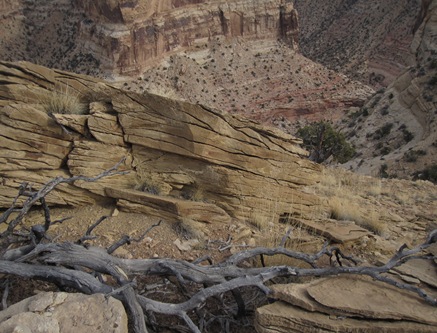 From a bit later in the day, here’s a better close-up of the “angel” anthropomorphs down at Buckhorn Wash: 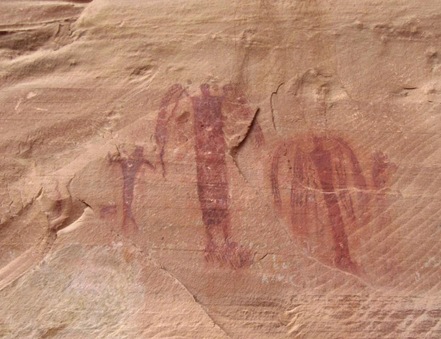 On the way out we had a nice Pronghorn* spotting: 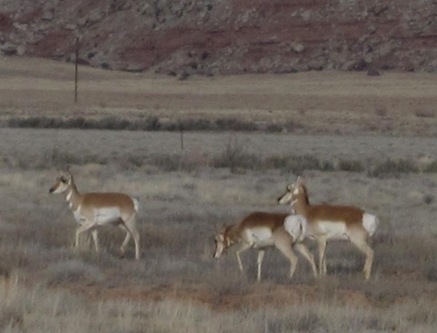 This shot from Price (top of Luke’s Trail) isn’t great, but it clearly shows the relative rockiness of the pediment mantle which the trail lies atop of. We’re looking West, and in the background the line of the Book Cliffs is bending around to the South. 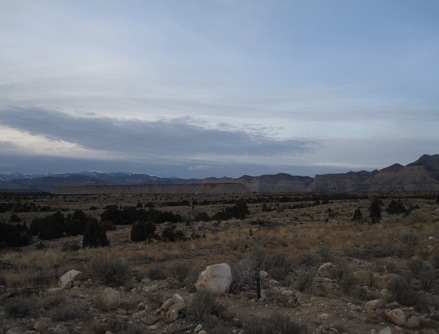 But the package also contained something else- a bumper sticker. And not just any bumper sticker, but one that was the absolutely best, most spot-on, perfect-est Christmas gift for me ever*.

*And which will nicely compliment my existing stickers.

Thanks for putting into words what I miss about Christmas as a kid. Not sure I had totally figured that out!

Leave it to Fuzzy to come up with a sticker like that. Funny one.