So I’m back and the Sonoran desert weekend was fantabulous. Tomorrow I’ll start a 3-post series that’ll include desert hiking, missiles, jetfighters, all sorts of cool desert botany stuff- including an explanation, comparison and examples of all 3 types of photosynthesis- and a big, post-long rant on singlespeeders. But first I’m going to do this quickie post about my flight down to Phoenix.

3) It was one of those little jets that let’s you drop your bag off at the door and gives it back to you when you get off (i.e. no baggage-claim dick-dance.)

4) The jet was still big enough to have a 1st class section, and I got upgraded.

6) I had a window seat, the sky was clear, and the flight was in daylight. And so, here’s just some of the cool stuff I saw:

First, my ‘hood. It’s always fun to see where you live from a plane. 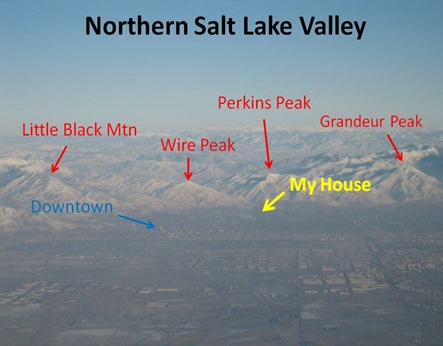 Second, here we are over the Northern end of the Oquirrhs. In that red circle is the hybrid oak clone I hiked up to with the dog back in November. 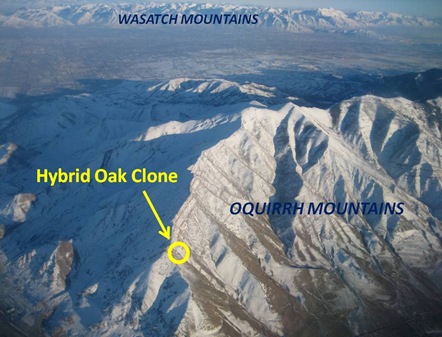 It’s still dark, which means it probably still has some leaves on it- influence of the live oak turbinella parent. Here’s a closer shot: 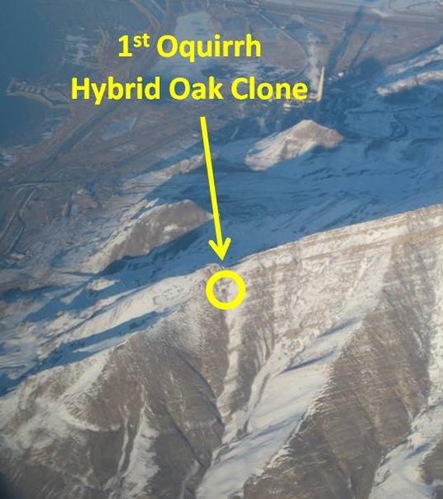 Then just ~5 miles further South, here’s the hybrid oak that Professor Chuck and Rudy Drobnik were posing in front of in the “Lens Envy” post back in November. 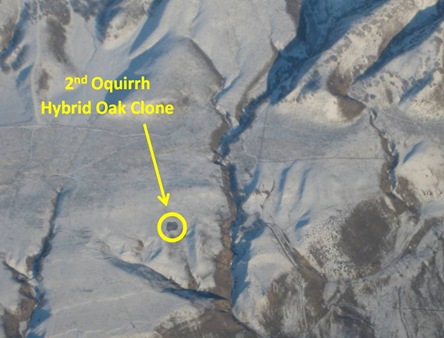 Tangent: I typed this on the flight home, a flight on which I broke one of my in-flight rules: Not Chatting With Seatmates. My seatmate was this 8 year-old girl who was a little weepy at being separated from her mother.

I chatted with her to cheer her up, but was a bit too successful, as she then Would. Not. Stop. Talking. She was a nice kid though, and it was far more pleasant having my ear talked off by an engaging 8 year-old than by my typical chatty seatmate, who always seems to be either a) a septuagenarian grandmother who neglected to bring any reading material on the flight, probably because her purse is full of photos of her 19 grandchildren, all of whom she is intent on showing me/telling me about, or b) the slightly-drunk, paunchy, high-volume, Rush-Limbaugh-fan middle-aged businessman who is compelled to share with me his Plan For Overhauling Government As We Know It, which invariably involves building various fences, ending Medicaid and food stamps, and doing unpleasant things to people who speak Spanish.

Another 7-8 miles South is this view of Lowe and Flat Top Peaks, the highest peaks of the Oquirrhs, both fantastic peaks, and hardly ever climbed (Flat Top didn’t even have a register when OC Rick (guy who never reads my blog) and I summitted in July, 2000.) 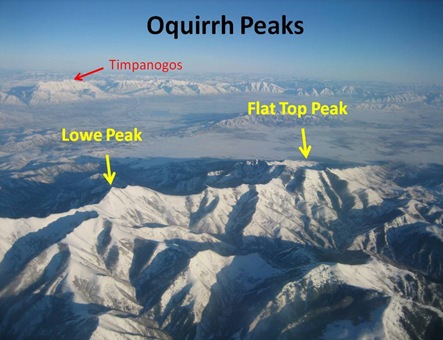 This photo of 5 Mile Pass, shows how the basin-level snow cover pretty much ends as you head West into the West Desert. 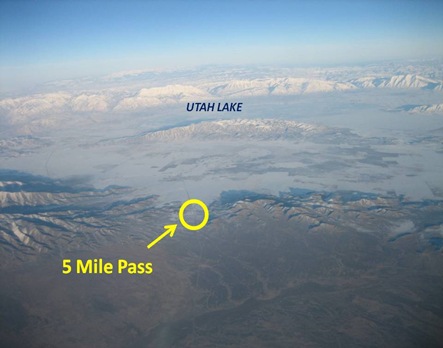 Further on South, here’s a view of Powell Point, the Southernmost finger of the Aquarius Plateau, and the Henry Mountains in the distance, both places I mentioned in the “Line Of Sight” post last month. (I also saw the La Sals and the Abajos, but those photos didn’t turn out.) 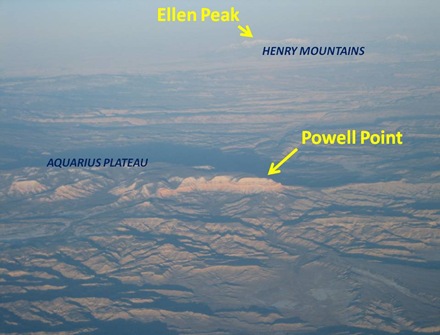 Then check this out: The spot highlighted below is- I am not making this up- the actual location of the campsite we were at back in August when I blogged about Pronghorns, Bristlecones, and rare endemic wildflowers on the Paunsagunt Plateau. 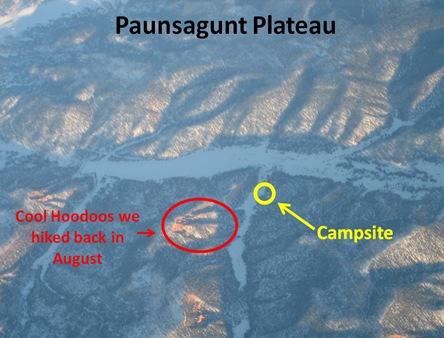 Seriously, how great is my Utah geography? I am like the Vasco de Gama of Southern Utah…

And finally, as if this flight weren’t already great enough, check out this photo of the Grand Canyon, with the forested Kaibab Plateau (one of my favorite places) on the left. 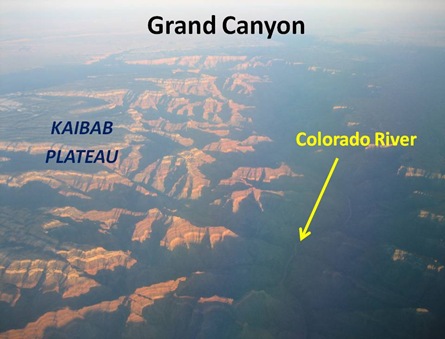 Wow! Now that is what air travel should be.

Next Up: I Wake Up in Spring

Great post! I absolutely LOVE airplane geography... I used to fly back and forth b/t Arizona and NY, and seeing the arid erosion cycle gradually give way to the humid version was always a special treat. Once I saw a really cool dissected anticline (but not on that transect).

At first I though the title was "Best FIGHT ever" and I was wondering if you were a boxing fan. I discovered my mistake as I started reading and re-read the title.

Nice photos and sight-seeing from the plane. That hoodoo area has me intrigued.

Kris- I blogged about that hoodoo area last summer (and included maps, etc.) I know you have kids similar ages as mine; we did a family camping trip there and loved it. Great location, easy access, and nice hiking and mtn biking right from the campsite. I strongly recommend it next summer. Email me if you want more beta.

Re: "Best FIGHT Ever"- sorry to disappoint. But perhaps my upcoming singlespeed post will ruffle a few feathers...

Absolutely loved this post!
Do you ever think about becoming a naturalist and not just a botanist?

Your previous post said that you were taking these trips because you were impatient for spring.

Weell, I've been noticing spring signs at my home at 8200' in the Front Range of Colorado. In particular, 2 things keep catching my eye: 1) aspen buds that seem to keep getting bigger, 2) willows and some other unidentified shrubs that are turning reddish/greenish on their shoots.

Are these things normal for this time of year or do they reflect our very mild winter (so far)?

KB- I'm going with option #2- your mild winter. Reading your blog and looking at your photos, I've been really surprised how little snow cover you guys have at 8K- way less than here at the same elevation.

Aspen buds swell when temps rise. I don't know if willow shoots green up with rising temps or increasing daylight.

Jenni- I'm actually not a botanist either; I just play one on the Web. In real life I'm just a salesguy, and I learn about this stuff for fun. But thanks for the kind words.

Botanist shmotanist. We're all botanists as far as I'm concerned. Taking some naturalist classes might fascinate you- it teaches more of how to interpret what you see so the land and the plants really speak to you. It really changes your perceptions- for example knowing how sighting certain birds indicates the health of a forest sort of thing.
Love the posts, keep 'em coming.