Black Widows Part 2: Lust and the Brick-Pile in My Head 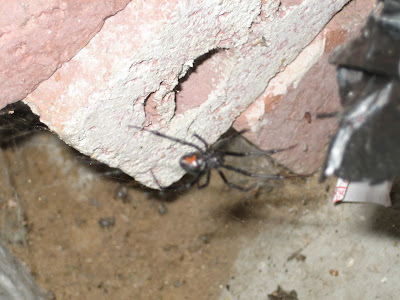 Black Widows are probably also an appropriate place to talk about something we’ve been bumping into over and over again all Spring: lust. In so many of these posts about plants or birds or bugs I’ve been talking about things mating or reproducing. But I haven’t really looked at it from the perspective of the bird or bug or plant I’m describing. 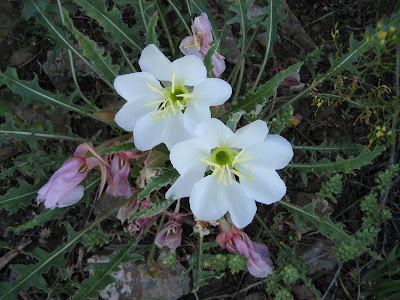 I don’t know that anyone can ever really know the perspective of a plant- sexual or otherwise. Plants clearly respond to stimuli, they clearly put effort into producing flowers and pollen and seeds, but I wouldn’t seriously suggest they have any type of consciousness or self-awareness. But clearly they do have some “awareness” of their immediate world, and just because something isn’t self-aware doesn’t mean it doesn’t or can’t have a perspective. Deep down, I suspect the perspective of plants is something we’ll all know somehow after death, when the stuff of our brains is recycled into stems and leaves and flowers.

But the perspectives of animals we can- to a degree- understand. Animals clearly experience fear and hunger and aggression, and we all understand what it is to experience these. And animals feel lust, which all of us know or have known. But the Black Widow makes me think about lust, how we experience it, and whether we ever really know it on the magnitude of other living things.

There’s a common bit folklore about Black Widows that females regularly consume their mates. In reality, this behavior seems to be pretty rare; it’s only been observed in Latrodectus mactans, the Southern Black Widow. But male Black Widows of all species exhibit extreme caution and trepidation in approaching perspective mates (through a complex series of vibrations caused by gently tapping the threads of the female’s web), making it clear that being treated as prey by the female is a real possibility. And plenty of other male creatures, such as Praying Mantises and Scorpions are regularly consumed by their mates, and there are plenty of other male critters, such as Honeybees for whom the act of mating means certain, fairly quick, and presumably painful dismemberment and death.

And this leads me to the stupefying question: How horny does one have to be to risk getting killed and eaten by one’s mate? I love, and have for many years been any enthusiastic participant in, sexual activity, but if I knew that my wife was even thinking about killing and eating me upon completion of (or even during!) intercourse, I would immediately swear off all sexual contact or activity for the rest of my days. Clearly, a male Black Widow or a Scorpion knows a level of lust and desire that we can’t even conceive of. And for me, that highlights the greatest mystery of other living things: we can learn their habits, their physiology, their chemistry, but we can never really get inside of their tiny little alien minds and know what it is to experience existence from their perspective.

On a far more mundane level, closer to home, this whole Black-Widow-in-the-Garage deal has hit home in another way. Currently, in my life (my real pay-the-bills-get-stuff-done life, not my blogging-and-biking-and-poking around-at-wildflowers life), I’m facing a frustrating issue that has to be dealt with at some point. What it is doesn’t matter; it’s one of those work/direction/frustration issues that all of us deal with dozens, or even hundreds, of times over the course of our lives. And fundamentally, I know what I need to do; I know how to tackle it. But it’s complicated and unpleasant and a pain-in-the-ass and at any given time it’s easier to do nothing than to start to deal with it. 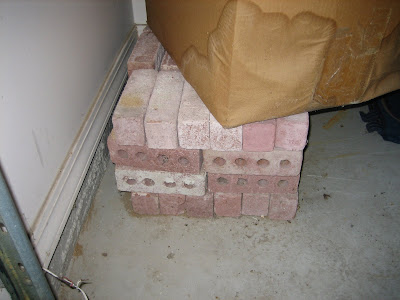 And this is exactly the situation with the Black Widow in my garage. It’s escaped into the brick pile. I know what I need to do: I need to carefully disassemble the pile- brick by brick, and search it and clean it to find and remove/dispatch the spider. I know I can do it. But it’ll be tedious, unpleasant and a bit dangerous, and in the meantime it’s not causing any trouble, and the kids know to keep away from the bricks. But in the long run, having a breeding female Black Widow in my garage isn’t a good thing, and so I know I ought to deal with it. 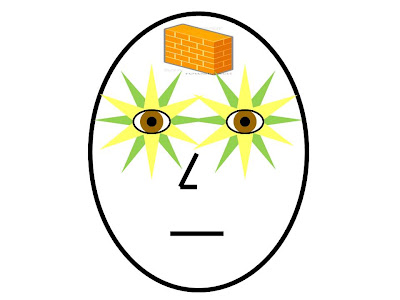 It’s not enough to watch the world wake up. I need to take apart and clean out the brick-pile in my head.

That last line, about cleaning out your own head: very astute. Very apropos, for me, today.