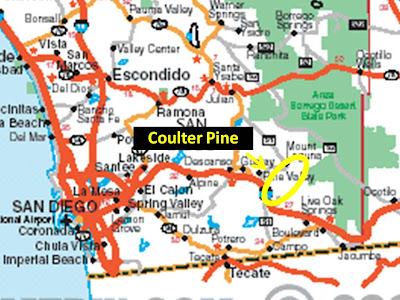 My 2nd target was a different type of Pinon- Sierra Juarez Pinon, and I drove East and up into the low desert mountains to try an locate one. I struck out, but when I exited the freeway ~45 miles East of San Diego, I saw a big pine standing solo, which I discovered to be Coulter Pine (pic left), another hard pine, 3-needled, which grows only in the coastal ranges of Southern/Central California and Northern Baja California. 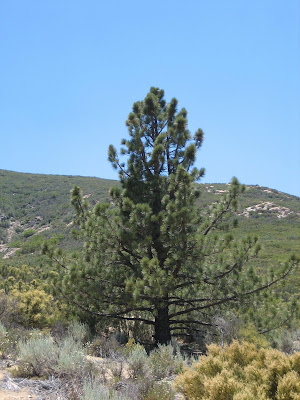 Coulter Pine, Pinus coulteri, is known for its massive cones (pic lower right), which are large, heavy and beautiful, with each scale tipped by an elegantly curved, sharp hook, making the cones tricky to handle. The cones weigh 4-10 pounds, and are apparently a potential hazard when working, camping or recreating in Coulter Pine forests. The cones have a light blond color, and between this, their size, and their dramatically curving scales, they’re arguably the most attractive pine cones in the world. 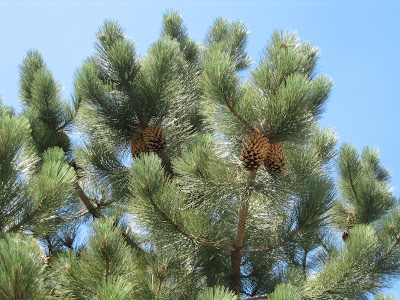 Torrey and Coulter Pines are apparently fairly closely related (along with Gray Pine) and what’s interesting about them is each is popularly known for a superlative in the pine world. 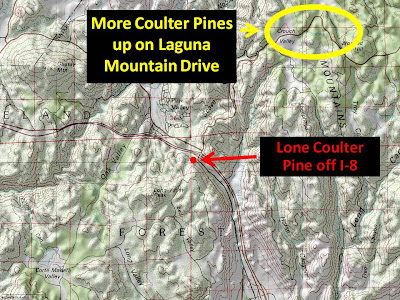 Torrey Pine is commonly known as the rarest pine in the Western Hemisphere, with only ~8,000 trees left. Coulter Pine is known as the pine that bears the largest and most massive (but not longest) cones of any pine in the world.

Necessary Background to Explain Graphics in Next Section

My employer is a technology research firm.My employer’s chief competitor is known in the IT industry for their trademark comparative graphic: the Magic Quadrant. A Magic Quadrant visually places and “scores” competing products in 2 dimensions. In practice, most actual Magic Quadrants from published by this firm look something like this: 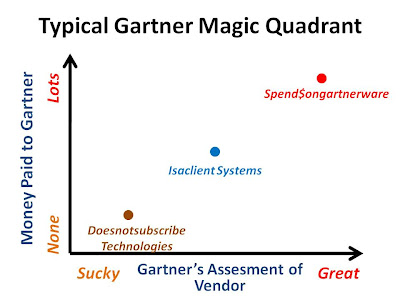 I, my colleagues and my clients delight in making fun of Magic Quadrants. Nevertheless, I’ve found the graphical representation to be a handy tool from time to time. For example, here’s a Magic Quadrant I constructed last year to rate Mexican restaurants close to my office: 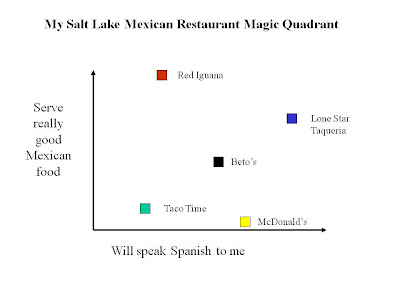 Back To The Topic At Hand 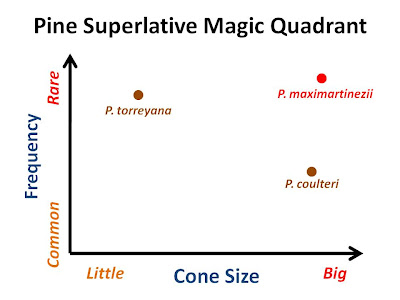 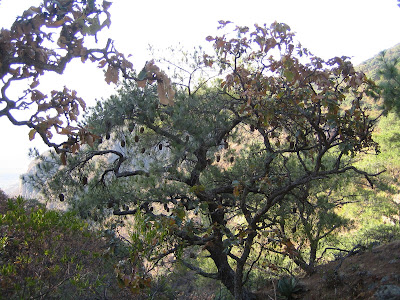 With only ~2,500 mature trees in the wild, and absolutely massive cones, as well as the largest, thickest-shelled seeds of any pine, Martinez Pinon is in a class by itself. 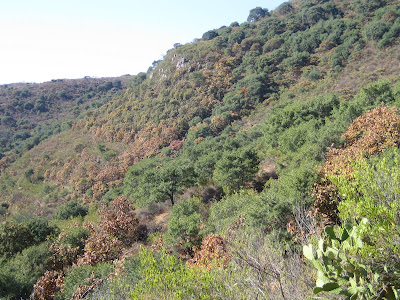 But what’s super-cool about all this is that 2 years ago I successfully sought out and located Martinez Pinon in the wild, befriended the land-owners, and successfully collected and returned home with cones and seeds and today have 3 seedlings growing on my kitchen windowsill.

That’s another story. One worth telling to be sure, and probably my best tree-hunting story of all, but still another story, and too long a tangent for this early in the year.

The week, and the conference, are almost over. Tomorrow night I fly home to Salt Lake, where I'll stay for the next 2.5 weeks until my next trip out-of-state, this time East.