OK, OK, I know. When you read the title of today’s post, you were like, “What, is he freaking kidding me? Still no Official WTWWU Official Suggested Holiday Gift List? It’s almost Christmas, when am I supposed to do my shopping??” 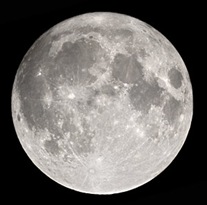 To which my response is, hey I know, I know, but there is just so much going on right now, and not enough time to blog about it. I’ve got posts cooking in my head about biking, about a cool tree in my yard, about snow, about running and about Lycophytes, and just not enough days in the week to pump them all out. But one of these is time-critical, and so takes priority: tonight, Thursday, December 11, is the full moon, the highest- and therefore most awesomely bright- full moon of the year. (In the Northern hemisphere that is. If you live in the Southern hemisphere, it’s the lowest full moon of the year.)

Clarification: Technically the full moon is Friday, December 12. But the actual peak fullness occurs at 9:37AM Mountain Time (when it’s not visible to us.) So it will appear fullest over North American the night of Thursday, December 11 and early AM of Friday, December 12, but will still be very full on Friday night as well.

Back in October I did a post explaining the angle of the moon in the night sky, and why the moon is higher in the winter in the Northern hemisphere. I mentioned then, and am reminding you now, that the highest full moon of the year is tonight. But what’s really cool is I’ve done a little more research since then on orbital planes, and I suspect that the moon may be even higher in the night-sky than I previously thought- possibly as high as 77 degrees here in Salt Lake! Here’s the deal: 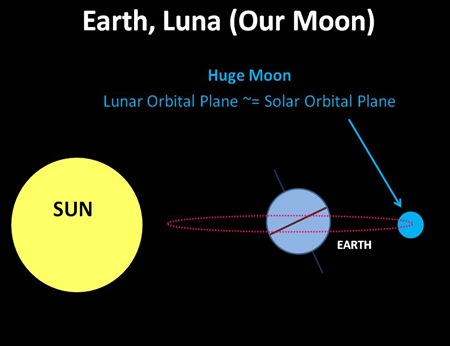 OK, to review, the reason the moon seems higher in the winter (at night, specifically) is because unlike most moons, our freakishly large moon orbits the Earth on a plane roughly parallel to the orbital plane of the Earth around the Sun, instead of a plane parallel with the Earth’s equator, like a “normal” moon. But the key word here is “roughly”; the lunar orbital plane actually deviates from the solar orbital plane by up to 6 degrees. 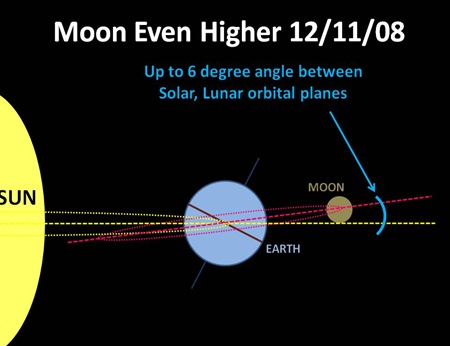 That means that one any given night, the moon could be up to 6 degrees higher or lower than where you’d predict it would be using Solar-Plane-Kiddie-Math. And the thing is, I checked it out for a while last night, and I’m pretty sure it’s at least a few degrees above the orbital plane right now. Bird Whisperer and I were outside in the hot tub last night, and had a conversation that went something like this:

Tangent: Bird Whisperer’s current obsession is sharks. He reads book about sharks and watches shark-related videos for about 4 hours/day. The rest of his free time he paces around the house or the yard, mumbling shark-related facts to himself. This should continue until, oh, say mid-February, when he completely drops sharks and takes up a new obsession.

Me: Hey, look how high the moon is- doesn’t it seem really high?

Me: Man, I could swear that thing is up over 70 degrees right now. Doesn’t it look like it’s higher than 70 degrees?

Bird Whisperer: Of course, the Ocean White-Tip is a deep water shark, so it isn’t involved in too many attacks on humans.

Bird Whisperer: I also like the Bull Shark, because it can live in fresh water as well. In fact it’s been known to attack swimmers in rivers.

Me: Hey, do we have a protractor in the house? Like maybe in your school stuff? You guys are doing like trigonometry now, right?

After putting Bird Whisperer to bed, I put my 4-year engineering degree to work and did some more kiddie-math, and calculated that the moon could actually be as high as 77 degrees (Wow!) in the sky at Moon-Noon on Friday night.

I’m telling you, the moon tonight will be spectacular. If it’s clear where you live, get outside and check it out. Better yet, go for a a hike or a ski. (Or a night-ride, if it’s not snowed under where you live.)

Next Up: Yes, the WTWWU Official Holiday Suggested Gift List is really coming and it’s gonna be great!

The trouble with blogging is... it's hard to plan, and even harder to get to those passed over posts, what I like to call the back-blog. Thanks for the lowdown (hi-up?) on the Moon!

Great post, I'll be looking for the moon tonight for sure but some of us in the snowed out north find night riding in the snow with a full moon even better than hotel sex!

A night ride is in the works for tonight.

Watcher, We all know what you want for christmas anyway... see November post regarding "lens envy" ;P

Hey, Alex-- BGR is looking for a host for January, and you're the awesomest plant blogger I know-- give a look over here and think about it, eh?

WheelDancer and KanyonKris: hope the night-rides were great! My batteries are charging and the alarm's set for 5:00- targeting a pre-dawn night-ride with the full moon low in the West.

Sally: Sure, I'd be happy to host BGR. Sending you an email shortly to follow-up...

The moon is full of milk. Ice-cold milk. In the winter the milk in the moon freezes into vanilla ice cream. Milk and ice cream: That’s why the moon is so white and bright in the night sky. The moon slowly fills up with milk every month, from crescent moon to full moon.