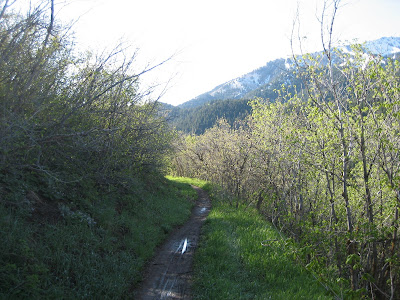 “Scrub Oak” is what covers most of the Wasatch foothills. Its correct name is Gambel Oak, Quercus gambelii, and it’s the only Oak (genus = Quercus) native to Northern Utah, and the only deciduous Oak native to any part of . Around it’s the dominant plant between 5,000 and 7,000 feet. And only a few decades ago it covered much of the lower benches as well, before suburbia pushed it back. In many neighborhoods- Olympus Cove, , St. Mary’s, Canyon Rim- original stands of Gambel Oak still adorn many yards. Our old house, in , had a wonderful stand in the back yard. Since Gambel Oak covers so much of the Wasatch and Oquirrh foothills, it seems the clearest dividing line between Winter and Summer: Bare Oak = winter, Leafy Oak = Summer. 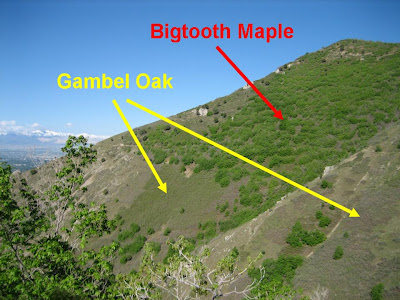 Tangent: Quercus is an unusual genus in that it has many deciduous and many evergreen (Live Oak) species, and in many places- is a great example- the two types grow side-by-side. Spanish has 2 different words for Oak: Roble for deciduous Oak and Encino for Live Oak. 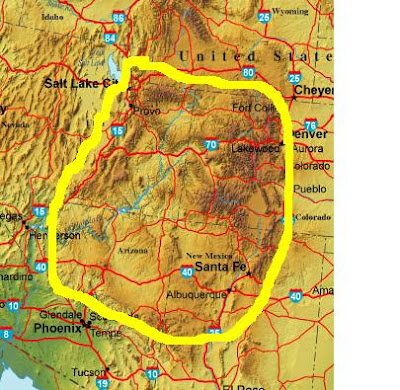 The range of Gambel Oak is itself a fascinating topic. It grows in wide areas of , , and . But nowhere does it seem to dominate the landscape like it does here in the Wasatch foothills. Yet the is really on the very fringe of its range. Just 20-25 miles West and 50-60 miles North, it just ends, not even making it out to the Stansburys. It’s a reminder of how dramatically and quickly everything changes as you enter the true . If you think of the Basin as a vast ocean, really sits on the shore. 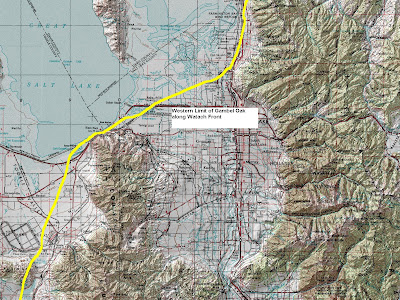 Tangent: Professor Chuck, whom I’ll introduce when I talk about hybrid Oaks, spent a good part of his career researching why Gambel Oak give out when it does. He probably has looked into questions of its range in as much as anyone. Back in the 1970’s, he spent a couple days out in the Deep Creeks with a colleague, scrambling around looking for Gambel’s, coming up dry.

Under ideal conditions, Gambel Oak grows into a 20-30 ft high tree, but on the dry hillsides it grows in a more “stressed” form of a small tree or low shrub. Oaks reproduce, as everyone knows, through acorns, but around , the vast majority of Gambel Oak reproduction asexual, via root cloning. In Northern Utah Gambel Oaks very rarely manage to reproduce sexually- June frosts tend to destroy acorns, and a type of wasp destroys many/most viable acorns by laying its eggs inside them. The clones can form thick, dense, low stands, often impenetrable to hikers; hiking off-trail in the foothills usually involves weaving one’s way through gaps between Oak stands, hoping that the route won’t dead-end. 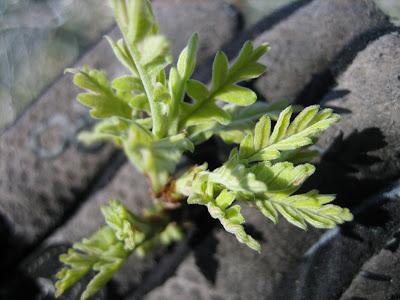 Tangent: For a long time, I disliked Gambel Oak, and this was why. Many of my early hikes and mtn bike rides in and degenerated into Scrub-Oak-Bushwhacks from hell, from which I emerged scratched up and worn out. Over the years I’ve warmed to Gambel Oak; how much is from having lived among it, and how much is my own mellowing with age I couldn’t say. 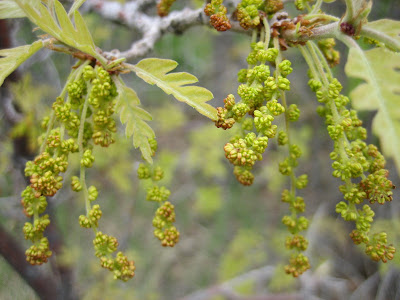 Gambel Oak leaf blooms and leafs out a couple of weeks later than Bigtooth Maple, and it blooms later the higher you go, so right now pretty much all stages of Oak bloom and leaf development (pic above left) are visible if you’re willing to hoof or pedal around a bit. Oaks are monoecious with imperfect flowers, meaning that a tree bears both male and female flowers. Like most wind-pollinated flowers, they lack colors or glamorous petals and so are a bit dull visually, but the tiny male flowers, dangling in bunches called catkins (pic right), are easy to pick out.

From any objective standpoint, Oak has been- over the last 70 million years or so- an evolutionary home run, with somewhere between 300 and 400 different species encircling the Northern hemisphere.

Tangent: Oaks hybridize easily, and much of the reason for the wide range of number of possible species is that botanists have a tough time agreeing what’s a species vs. a hybrid. As it turns out, there are some really cool Oak hybrids right here around Salt Lake, and they tell an amazing story, which we’ll get to in the next few weeks… 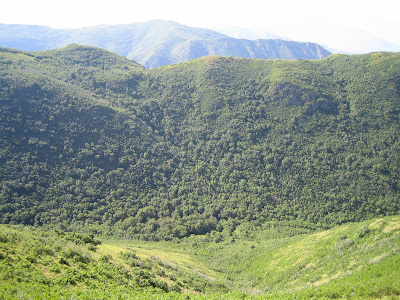 One of the things that make Oak so interesting in its success is its reproductive strategy. Unlike so many of other wind-pollinated trees-such as Maples and Cottonwoods, Oak invests heavily in a relatively small number of resource-intensive seeds (acorns.) Oak is a “Wind-Agent” plant: wind-pollinated, but its acorns require a dispersal agent, such as a squirrel or corvid.

Because Gambel Oak is- for me at least- the best, clearest demarcation line between Early Spring and “High Spring”, because its leaves and seeds are so well-know and recognizable, and because it’s all over the place, it’s probably the best place to talk about what’s really going on in angiosperms, and what exactly happens when that bit of pollen- be it via wind or bee or moth or bird- finally makes its way to the stigma of a female flower.

Next Up: How Angiosperms Work.

Thank you for the information. I have several Scrub Oaks in my backyard near my deck and we watch the squirrels eat the acorns and find the endless task of pulling up or cutting down the fast growing shoots tiring for sure. I still love these trees.