3 P's of the Paunsaugunt - Part 3: Penstemon breactus is Super-Rare

The last “P” is for Penstemon. Penstemon, commonly known as Beardtongue, is a genus of several dozen species of wildflower which occur across North America and East Asia, recognizable for their distinctive, partly-tubed-shaped flowers and an oversized, infertile, prominent stamen called a staminode. In many species the staminode is covered with hairs, leading to the common name Beard-tongue. 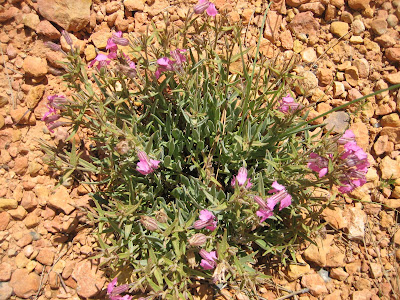 The flower pictured here is Red Canyon Beardtongue, Penstemon breactus, and it is one of 7 wildflowers that are endemic to the Paunsaugunt Plateau, meaning they occur here, and nowhere else on Earth. The whole entire universe of the Red Canyon Beardtongue is an oblong plateau, roughly 20 miles long and 10 miles across. 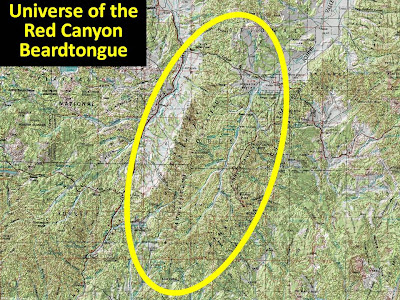 Narrow-range endemics- whether plants, birds or bugs- are always fascinating. They most commonly turn up either in real isolated environments, like islands, or in the tropics, which always have way more species diversity than temperate, sub-arctic or arctic regions. They tend to be unusual in the Intermountain West (though not so much in California- Torrey Pine is a great example.) The Paunsaugunt endemics seem to be where they are not because of isolation, but because they’re edaphic, meaning that they evolved with/for, and are adapted to, a specific soil type. 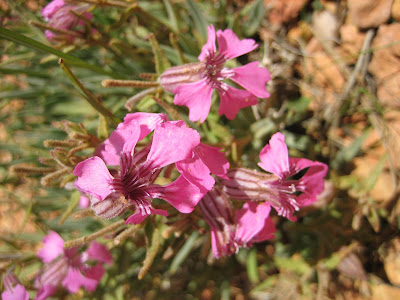 The red limestone of the Paunsaugunt is capped by shallow soils characterized by dramatic freeze-thaw cycles, high runoff, low water infiltration rates, lots of sunshine, high surface reflection and high evaporation rates. In short, it’s a gardening environment not quite like any other in the world, and the Red Canyon Beardtongue, with its beefy root network and strong tolerance for direct sunlight, is well-adapted to it.

That’s it for the “P”s of the Paunsagunt. Like I so often do, I probably went overboard. But like so many places I go to in the Intermountain West- like Little Creek, or the Newfoundland Mountains, or the Mormon Mountains- when I get there and really look at and try to understand the place, I find it’s a whole other world, with its own, unique intricate web of geology and biology and climate, each one another showcase of the Beauty of the World.