3 P's of the Paunsaugunt Plateau - Part 1: Pronghorns are Super-Fast

So last week I did post whining about all the great trips I wasn’t going to get to do this summer. This past weekend, the whole family did a great trip to one of my absolutely favorite places- the Paunsaugunt Plateau. 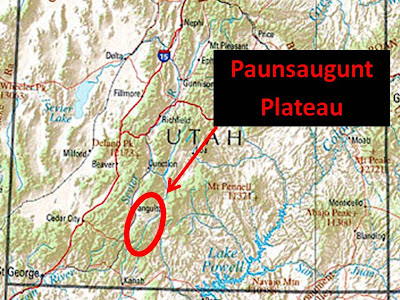 When people think of Southern Utah, they generally think of desert, but there are a series of high plateaus and mountain ranges in the Southern half of the state that are thickly forested, and cool and green throughout the summer. These include the Markagunt Plateau, home of Brian Head, Cedar Breaks and Navajo Lake; the Aquarius Plateau, a less-visited plateau of green meadows, boggy ponds and dark Spruce forests; and the Paunsaugunt Plateau. All 3 are wonderful and worthy of exploration, but I’m partial to the Paunsaugunt. 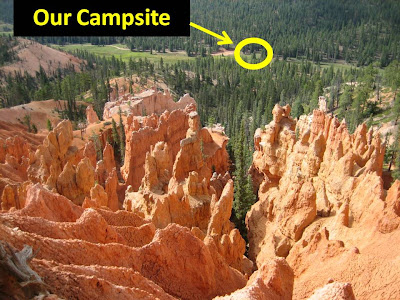 We camped at the edge of a beautiful meadow at 8,000 feet, not far from Tropic reservoir and in view of some spectacular “breaks” or Bryce Canyon-like hoodoos. For the Paunsaugunt Plateau is bounded on it’s East side by Bryce Canyon, which isn’t really a canyon at all, but rather a rim lined with a series of spectacular hoodoos eroded out of the distinctive red limestone that underlies the plateau. One the East side the plateau is bounded by the (almost) equally spectacular Red Canyon, which unlike tourist-mobbed Bryce, is largely empty. Over the course of the weekend we did 2 family hikes and I did 2 solo mtn bike rides, all through country that looked just like the national park a few miles away, and saw no one. 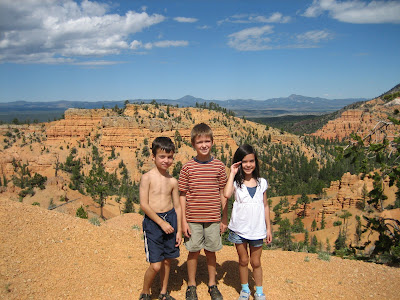 It’s a spectacular place, and worth visiting for the beauty alone, but the plateau has oodles of interesting stuff going on.(Trifecta pictured left, with Twin A looking rugged & shirtless. My wife says he stands the same way I do...) In this post I’ll highlight just 3 of them: a super-cool mammal, a fascinating tree, and an endemic wildflower. 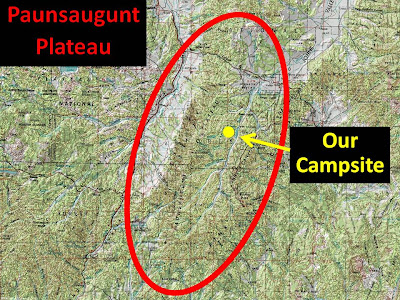 And the cool, alliterative thing about these 3 highlights is that like “Paunsagunt”, they all start with the letter “P”. And each “P” has a cool superlative: One is super-fast, one is super-old, and the last is super-rare.

On the drive into the campsite, we passed a herd of Pronghorns. Pronghorns occur all over Western Utah and certainly aren’t unique to the plateau, but I’ve been meaning to blog about them for some time, so this is as good a place as any. 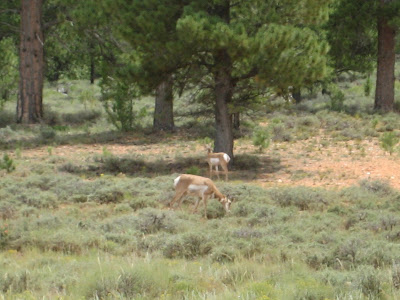 Pronghorn, Antilocapra americana, is the world’s 2nd-fastest land animal. Though similar in general body size and form to mule and white-tailed deer, it’s only distantly related to them. White-tailed and Mule Deer belong to a completely separate family, Cervidae, which only migrated to North America from Asia within the last 4 or 5 million years. Pronghorns on the other hand, are the sole surviving member of the ancient family Antilocapridae, which originated, and previously thrived, in North America over tens of millions of years.

Tangent: Although they’re way fast, Pronghorns can’t jump for beans; fences really mess them up. And in this way I feel a certain kinship with Pronghorns, seeing as I have exactly one decent athletic skill as well, and am otherwise fairly inept athletically… 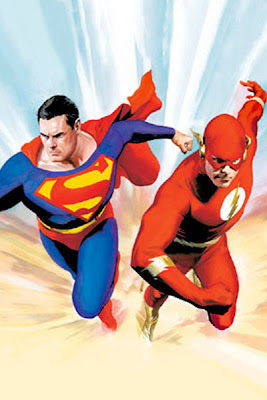 Nested Tangent: Years ago I read a comic book about a race between Superman and The Flash. It was like a race across the universe or something to see who was in fact the absolutely fastest superhero. I remember it because I was really, really rooting for The Flash. I mean like Superman has super-strength, heat vision, X-Ray vision, super-breath, power of flight, invulnerability to bullets, radiation, heat, cold, vacuum and he’s super-fast. The Flash, all he’s got is he’s fast. That’s it. He’s not strong or bulletproof or nothing else, just fast. Shouldn’t he at least get to win in a race? Now that I’m a bike racer, I identify even more strongly with the Flash. (BTW I believe he won the race, but only like by a couple yards or something…) 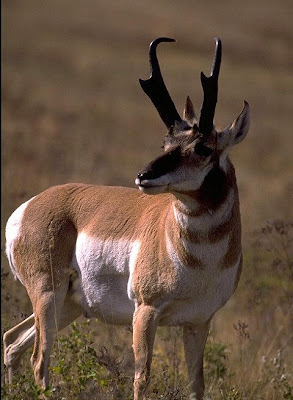 One More Bit To This Run-On Tangent: OK, but the cool thing about this tangent and the Pronghorn is this: Check out its face (pic right- not mine). Doesn’t it kind of look like it’s wearing a mask? It’s like it’s not just a funny-looking deer- it’s a Lightning- Fast- Superhero- Ungulate!

Antilocapridae has included more than 20 different genera with dozens of species over its history, several of which were still around when humans arrived in North America. But shortly after humans arrived there was just one. A. Americana is the sole survivor of a formerly wonderful and diverse family of ungulates that were truly native American originals. The other species and genera disappeared in that same Pleistocene extinction/Overkill hypothesis deal we keep running into over and over and talked about when we looked at Moose and Mountain Lions.

For a long time, the Pronghorns greatest mystery was its speed. Why is it so fast? Herbivores don’t get fast just for fun; they evolve to be fast through selection pressure. But since Pronghorns are so much way faster than any conceivable living natural predator- wolves, cougars, grizzlies- it made no sense for them to be so wildly, unnecessarily fast. 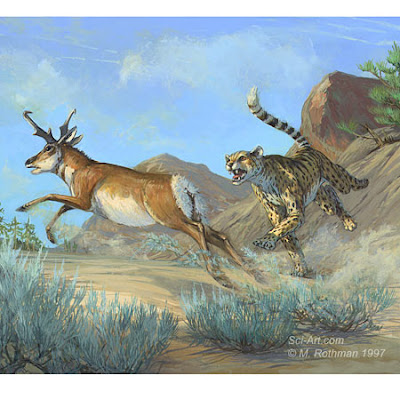 The answer turned out to be in that same Pleistocene extinction/Overkill hypothesis deal I mentioned a moment ago. One of the other, countless, large mammals to go extinct around then was Miracinonyx trumani, the American Cheetah (cheesy, overwrought artist's conception left.) The American Cheetah was the fastest land animal ever to run in North America. And it co-evolved with Pronghorns in an arms race of speed, leaving us with only its ultra-fast erstwhile prey today. The American Cheetah was similar in form and function to the Old World Cheetah, Acinonyx jubatus, but got there via a different, though convergent, evolutionary path, descending from the same Cougar/Lynx/Ocelot ancestor that migrated over from Asia 8 million years ago.

So you didn't answer why pronghorns can't jump. My coworkers and I were just discussing this issue last week. Why can deer, which I assume evolved in the same plains environment as antelope, leap a 5-foot high fence without breaking stride, yet antelope have to run back and forth clumsily ramming themselves through every possible opening until they can squeeze through?

Jube/Lucy- The thing is, I don't think deer really evolved for the plains. They evolved somewhere in Eurasia, then came over here 4-5 million years ago, then diversified into a bunch of species throughout the Americas. Mule & White-Tailed Deer favor "edge" environments- open woodlands near the edge/transition to open spaces, and so jumping does them a lot of good (over brush, deadfall, etc.)

Pronghorns are adapted for open prairie/steppe/shrublands, and so until fences started popping up, not being able to jump probably wasn't a big deal.

Keep in mind too that these guys haven't shared a common ancestor in probably over 20M years. We shared one with Chimpanzees just 5-7M years ago, and look how differently we move!