A Tale of Three Samaras... or Samara-O-Rama!

No real “tale” here actually. I just had this cool pic of 3 samaras and wanted a zinger title for it. 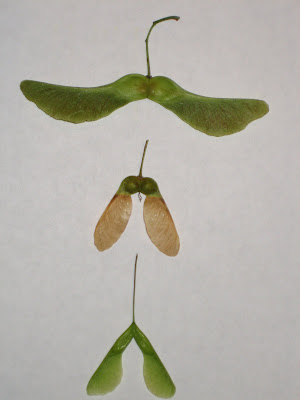 The contrast between the 3 is kind of cool. The top one is from a Sugar Maple, Acer sacharrum, plucked from in my office park at work. The second is from a Bigtooth Maple stand, Acer Grandidentatum, along the Shoreline Trail that I picked while riding yesterday morning. And the third/bottom is from a Box Elder, Acer negundo, growing along Emigration Creek a couple hundred yards from my house. The Box Elder is my favorite; it’s got that cool, deltoid, swept-back-wing-Stealth-Fighterish look to it… 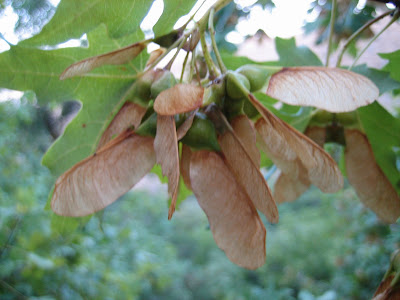 What all 3 trees had in common is this: they are chock-loaded with samaras. They’ve been cranking it up all summer long, photosynthesizing like mad and prepping thousands upon thousands of samaras for their upcoming helicopter flights, betting that some teensy-weensy number end their flight in a safe patch of shady, damp soil, to carry on the 70 million year story of Maples. 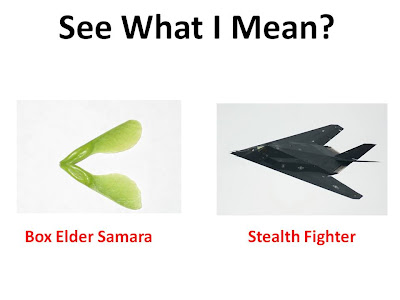 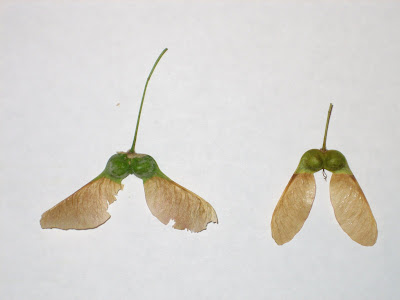 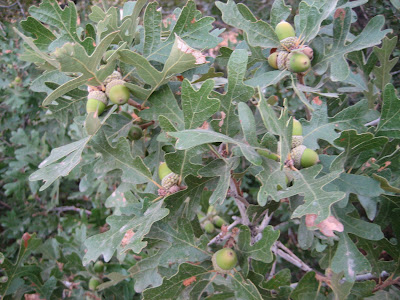 Maples aren’t the only ones gearing up in the foothills. The Gambel Oak stands are chock-full of acorns (pic right), about 3 to 4 weeks away from turning nut-brown, the sign that screams like a Chuck-O-Rama buffet sign to corvids and rodents for miles around, igniting a collecting and caching frenzy, betting on some tiny portion of those cached acorns being forgotten, overlooked, or un-needed by their collectors, to possibly start up a new stand.

The contrast between the seeding strategies of Oak and Maple is cool because it's exactly the same contrast we saw when we looked at Bird Pines and Wind Pines. One invests in a high-value, high-cost seed, which it's evolved over millions of years in tandem with a cohort of specialized dispersal agents. The other trusts to the same wind that pollinated it, pumping out as many light, low-cost, aerodynamic seeds as possible. 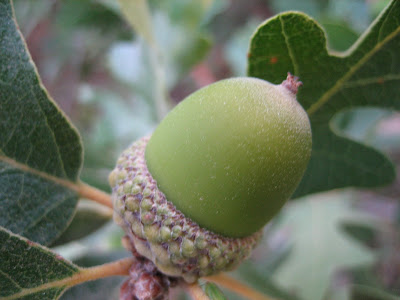 Tangent: I’ve never actually been to a Chuck-O-Rama, but I just love the name. If I ever open my own business, I’m putting “o-rama” on the end of it. 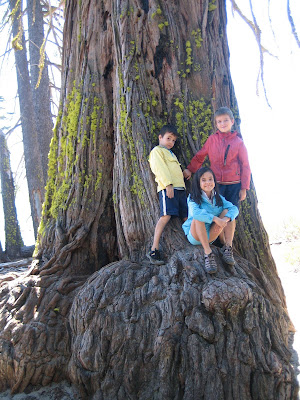 It’s show-time for these guys. The whole living year of these trees is built around this preparation, this lead-up, this arming up, in hopes of kicking off the next generation.

We like to think that our lives are fuller, more meaningful, more important, and have greater purpose than the lives of other living things. But if there’s something more lasting and worthwhile I’ll create than the Trifecta, it ain’t obvious.