August and Everything After

From time to time in this blog, I try to quit babbling about trees and birds and take a look at where I am in the year. This is one of those times.

It’s August. I’ve been home for a week. The first morning home I knew things were different, because it was quiet. No birds, not a one, chirping before sunup. This goes beyond Stage 4 of the Morning Birdsong Cycle. This is like a Stage 5. It’s like the birds are done. Everybody who’s gonna mate has mated and they’re on to other things, like thinking about the Fall and migration.

Our lawn suffered badly while we were away; huge patches are brown and lifeless. Over the last week I’ve amped up the watering schedule dramatically, but at this point it’s a losing battle, and my heart really isn’t in it. Poa pratensis (Kentucky Bluegrass), a herbaceous perennial adapted to cool, humid climates, shouldn’t really be growing in the Great Basin anyway.

The days have a different feel- long, hot and slow. And though there’s a languidness to the flow of time now, there’s also an insistent sense of time running out. In only 6 or 7 weeks the forest in the mountains will start shutting down for the winter, and the shut-down will quickly run down the sides of the Wasatch, into the foothills and roll into my yard. So much to see, so little time. And still that brick-pile in my head…

The beginning of August is that time when a dose of Summer-Reality sets in. Every year, back in March and April, when I’m thinking about Summer, and it still seems far off and endless, I think of all these things I’ll do in the coming summer. Then right around the first week of August I look at the calendar, review my mental list, and realize the many/most(all?) of the remaining things I won’t get around to.

So what’s falling off my list this year? Here’s a summary of each and the likelihood (scale of 1-10) of it still happening. 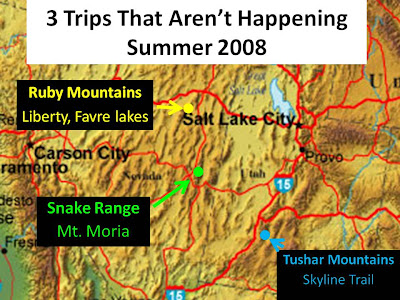 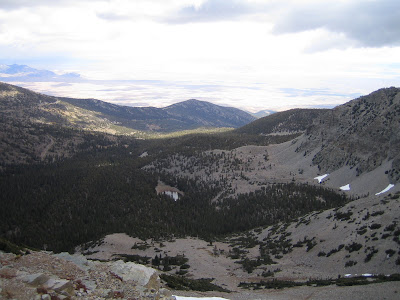 Backpack Mt. Moria, NV. Mt. Moria is the 2nd highest peak in the Snake Range (pic right, from 10/05), and the high point of the Snake Range North of US 50. This is the part of the Snakes that’s not in the National Park and rarely gets visited. I’ve been to Great Basin NP a couple of times and hiked Wheeler Peak, which is fantastic. I wanted to visit Mt. Moria because a) it sounds like a wild, unvisited version of Wheeler Peak, and b) just below it lies an amazing, square-mile-sized, above timberline alpine table land. My hope was to bivvy on the table-land, then hike the peak the following morning. This one requires either a weekend or 2 days off. Likelihood for 2008: 1. 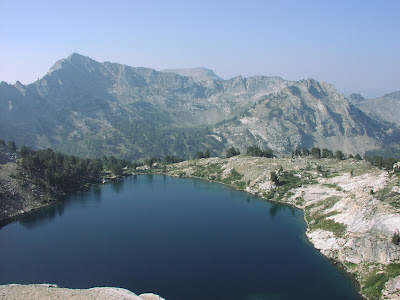 Dayhike to Liberty, Favre Lakes, Ruby Mountains, NV. (pic left, from 8/02) I backpacked the Rubies with Steve back in 2002, before I knew the difference between a Limber Pine and Whitebark Pine. Now I know, and the Rubies contain the closest Whitebarks to SLC. I could do this one with a single weekend day/night or one day off and the night before away. The drive is four hours each way and the total hike probably 4-5 hours. Likelihood for 2008: 4. 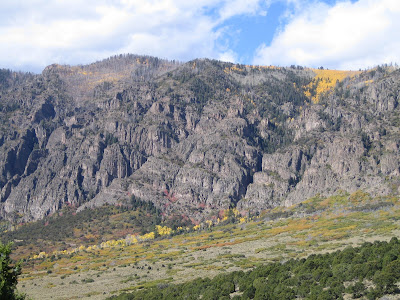 Mountain Bike Skyline Trail, Tushar Mountains, East of Beaver, UT. I’ve done this twice before, in ’97 and ’05. It’s a true singletrack trail through great Spruce forests at the 10K+ level. I thought it would be an excellent place to find Blue Spruce. Now that I’ve located them successfully close to home, the urgency is somewhat lowered, though I love the area and would do it just for fun if I could. Likelihood for 2008: 3.

This happens pretty much every year. I want summer to last forever, but it’s only 90 days. There are never enough weekends or days off. I could do a better job scheduling/planning, but what I really need is another summer like 2001, when I took the better part of a year off. But that’s not in the cards anytime soon right about now, so I’ll muddle along as I have, trying to splice job, family, bike races, backcountry adventures and botanical obsessions as best I can…