The Truckee Basin, and specifically the Tahoe Basin- which is part of the Greater Truckee Basin- is wonderful in so many ways. First, it is just such a relief to arrive in Tahoe after crossing Western Nevada. After a couple hundred parched, windswept, treeless miles, the tall pines and firs of the Sierra are a welcome sight. 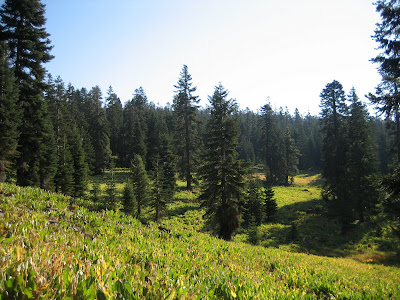 But second, it is in many ways, the opposite shore of the Great Basin. We talked about how the GSL Basin, and the Wasatch specifically, really represented the Eastern “shore" of the Basin, with a flora that is a superset of the standard BGB (See this post for all the "*GB" acronym explanations) flora, and that ends within a range or two to the West. The Truckee Basin is in the same sense, the "Western Shore" of the Basin, but in a much more sudden and dramatic way. The HGB ends at the Western edge of the Truckee Basin, at Donner Summit, the PGB ends in the Western suburbs of Reno, and the BGB ends spectacularly in the same Sierra foothills, as Ponderosa, and closely-related Jeffrey Pine, carpet the slopes. The distinctive Sierra flora of the Truckee Basin ends immediately; Jeffrey Pines and Red Firs and Incense Cedar don’t even make it a single range to the East.

To be sure, there are significant differences, especially in the eventual “sinks” of each basin. Pyramid Lake, though brackish, is only 1/6 as salty as seawater (compared to GSL, which is 3 times as salty as seawater) and therefore supports several species of fish. It’s also a lot deeper: 350 ft. vs. 40 ft. for GSL. But the analogy holds: Each basin is part of the Great Basin, yet bounded by Pacific watershed on its far side. Each basin supports a flora that is distinctive from and richer than the BGB flora only a few dozen miles away. 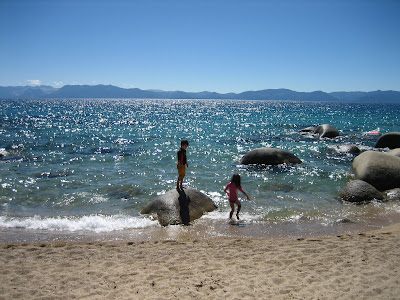 Lake Tahoe, our vacation destination this week (pic right- Twins A&B on beach), was formed by a 2-part geologic process. First, about 2 million years ago, an event known as block faulting, in which large sections of the Earth’s crust move up or down, lowered the Tahoe Basin. Subsequently, eruptions from Ancient Mount Pluto created a dam in the North End of the basin, leading to the creation of the lake. (Modern-day Northstar ski resort sits astride the Northern and Western flanks of Mount Pluto.)

Anybody who’s visited Lake Tahoe knows how remarkable and beautiful it is. But what most people don’t know is just how close it is to being endorheic, that is having no outlet, in the same way as Pyramid or Great Salt Lakes. Tahoe is a massive lake; it’s not only big, but deep, with a max depth of over 1,600 feet, creating a water volume of more than 150 cubic kilometers. Think about that. That is a serious, serious amount of water. 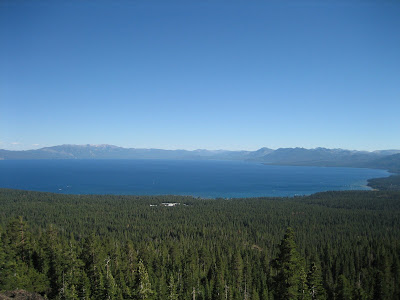 But the lake, which is fed by more than 60 streams, has only one single outlet: the not very big, not particularly deep, Truckee River. This means that it takes the lake an astounding 650 years to “flush’, that is completely empty and refill with “fresh” water. In times of extreme drought, the Truckee has dried up at its Tahoe source; when it does so, the Tahoe is a closed Basin. Given this painstakingly slow refresh rate, the clarity of Tahoe’s waters is even more impressive, given the extensive shoreline development and traffic, and in fact the clarity is decreasing by several inches per year.

I think about Tahoe sometime at home, on those mornings when I indulge in the vice of soaking in the hot tub with a cup of coffee. If I spill the coffee in the tub (hasn’t happened yet, but it’s a matter of time) then I’m looking at the tedious, and environmentally odious, hour+ long drain/refill process. 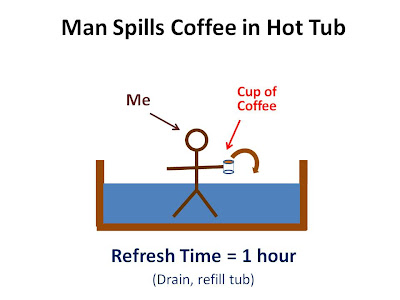 But if I spill that coffee in Lake Tahoe, it’ll be there for 650 years before it’s cleaned out. 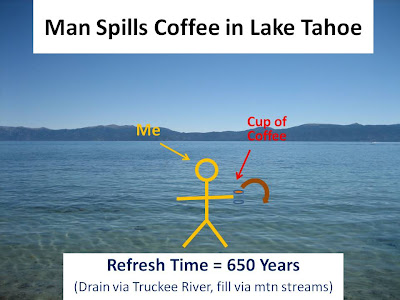 Which, coincidentally, is almost the same amount of time it will take for tonight’s broadcast of “Law & Order” (Christ, I hate that stupid show) to reach the Pleiades. 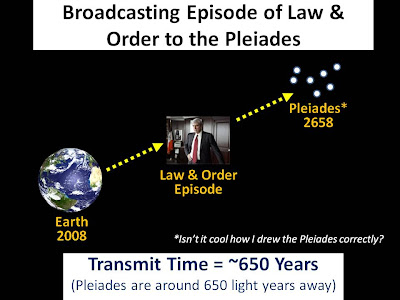 The amazing bottom line of Tahoe’s hydrology is this: if the climate got just a titch hotter and drier, Tahoe would change from a crystal-clear freshwater mountain lake, so a brackish, endorheic, Pyramid-lake-like evaporative basin.