So I’ve been doing this blog for close to 5 months about trees and flowers and birds and bugs and animals. And though from time to time I go further afield, most of the time I’ve been blogging about stuff in or around the Wasatch. And in all that time I’ve glossed over one of the most remarkable things about the Wasatch- its hydrology. 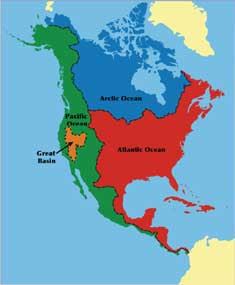 The entire Wasatch Front lies within the Great Basin, which as most people know (then again, I thought most people knew how a rainbow works, so what do I know...) is an area so-called because lakes, streams and rivers within that area have no outlet to the sea. The actual definition is a bit more complicated, as there are really 3, differently defined "Great Basins" that are (largely) superimposed on one another. They are: 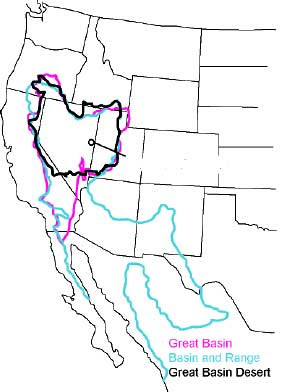 The Hydrographic Great Basin. (HGB) This is defined as the large contiguous area characterized by internal drainage. This is the definition I’ll use in this post, and we’ll come back to it in a moment.

The Physical Great Basin. (PGB) This is defined as the geographic region characterized by intermittent mountain ranges- almost always running North-to-South- separated by wide open valleys. This Great Basin extends way beyond the other 2 basins, down clear into Southern AZ and Sonora, MX.

The Biological Great Basin. (BGB)The area defined by the plants and animals of the Great Basin Desert. A good summary of this environment can be found in my 4-part post about the Newfoundland Mountains back in April.

What About The Wasatch?

The Wasatch is on the Eastern “shore” of all 3 “Great Basins”. The Wasatch itself is part of the Great Salt Lake (GSL) drainage basin, but only 40 miles East, on the South slope of the Uintas, streams are draining down to the Green River, then to the Colorado, and eventually to the Sea of Cortez. Driving West of Salt Lake City on I-80, you’re immediately and obviously in the PGB, but the Basin & Range topography breaks up as soon as you drive East over Parley Summit. And while so many of the plants and animals of the Wasatch are classic BGB there are plenty- Gambel Oak and Bigtooth Maple for example- that come to an abrupt end just a range or two West of the city. 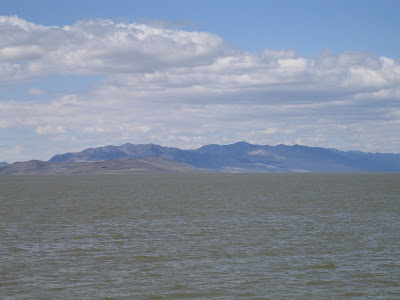 When people in Utah think about the HGB, they often think that all the water drains into the GSL. Actually, the GSL is just one of around 160 or so contiguous, separate drainage basins that comprise the HGB. The GSL Basin is one of the bigger ones- it covers from way up Montpelier, ID clear down to Nephi, and from Evanston, WY out to Wendover, NV. It includes alpine tundra on the highest Wasatch peaks and Western Uintas, thick mountain forests in the Stansburys, miles and miles of foothill oak/maple chaparral, wide open sage- and greasewood-covered flats of Tooele and Skulls Valley, the bleak white plain of the salt flats and the vast waters of the GSL itself. In short, it’s a little universe- or “Hydroverse” unto itself, and this hydroverse is the setting for the vast majority of my life, my posts, and my adventures.

What Does Any Of This Have To Do With A Road-Trip?

There are a number of other basins of similar scale and variety in the HGB, such as the Sevier, the Humboldt and Truckee, but others, such as Dixie Valley in central Nevada, are standalone playas, a mere dozen miles across. It’s not often that I have cause to think about and directly contrast the different basins across the HGS, and that’s why it occurred to me that our trans-Nevada family road trip out to Tahoe might be an excellent opportunity to do just that. 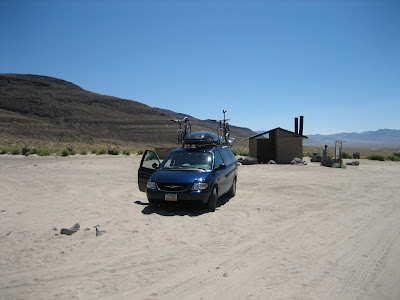 We took US 50 across Nevada, a route I love and have traveled 3 times previously over the last 20 years. It’s longer and slower than I-80, but far more beautiful, varied and interesting, It crosses roughly a dozen different basins, as opposed to I-80, which spends nearly its entire length in just one basin- the Humboldt.

So Friday morning, the family minivan set out South from Salt Lake City, carrying 1 wannabe botanist, the Awesome Wife of 10 Years, the Trifecta, a couple of bikes, and a whole bunch of maps and guidebooks.