Quick Look at the Yard, and I am Really Really Fast on a Bike

So just a couple things before I head out on my Monocot-Week-Adventure-Boondoggle. 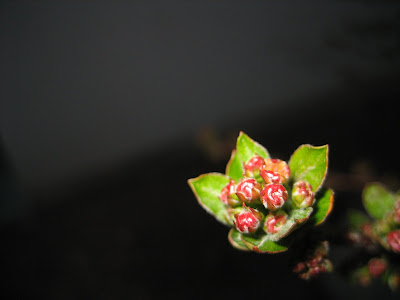 I’ve included a couple pics of things blooming in my yard, which is really coming to life this week. Tulips pop up every year in our yard. We’ve lived here for 6 years, and have never planted a tulip bulb. According to conventional wisdom, they should be pretty well played out by now. But every spring, dogged and determined, up they come. 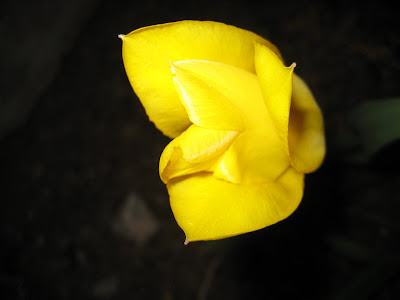 There are over 100 species of tulip, all belonging to the genus tulipa. Tulipa originated out of central Asia, were introduced to Europe by Ottoman traders in the 16th century, and from there to . They’ve been intensely bred and artificially selected for centuries, so the tulips in your yard today are about as “natural” as a Cow. Still, they’re beautiful and interesting. 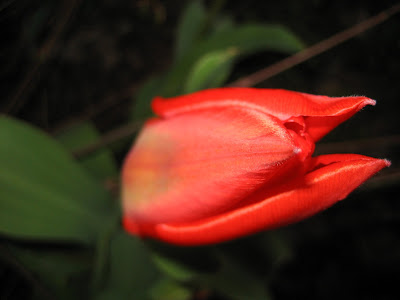 Tulipa is member of the Liliaceae family, and so are related to lilies (and are also monocots). And like our resident Glacier Lily, the petals and sepals of a tulip are almost indistinguishable, so that the 3 sepals look almost identical to the 3 petals. In fact, some botanists refer to the combined Petals and sepals of tulips and lilies as “tepals”. 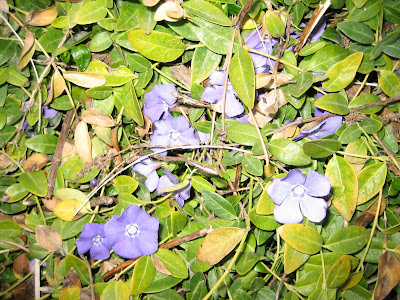 The other flower I’ve pictured is Common Periwinkle, Vinca minor. There are 5 different species of Vinca; one other, Vinca major, also is common in American gardens. (It looks just like Vinca minor, but the flowers and leaves are bigger. 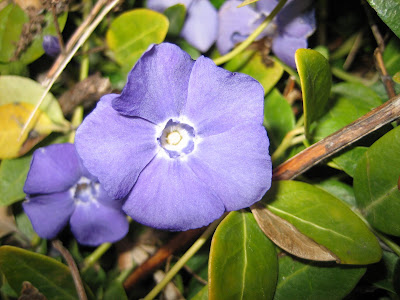 Periwinkle flowers always have 5 phlox-like petals, which together form a small tube at the base. Common periwinkle is native to Central and , but grows like a weed in North American gardens (including ours.) It’s considered an invasive species, and (depending on who’s doing the considering) somewhat of a pest. It spreads easily in gardens via stem-layering, which we talked about when looking at our old friend Bitterbrush.

This evening I’ll head down South to the Hurricane area again for the first leg of Monocot Week. I’m looking forward to it, but have mixed feelings about leaving the Wasatch for 4 days right now. This week, the last week of April/first week of May, is always a great week for blooming, budding leaves and wildflowers in the foothills. I’m excited to see the foothills when I return, but as closely as I’ve been watching the foothills this year, I just hate to miss 4 days right now. 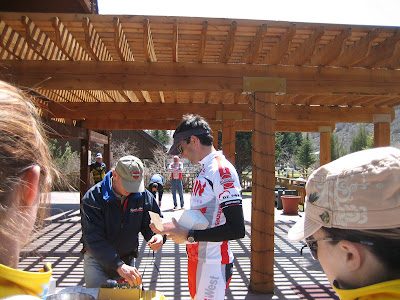 Tangent: On another note, I mentioned before my adventure that doing a well in a bike race right before a solo adventure leaves one with a great feeling of confidence and optimism about the adventure. And as fortune would have it, I’ve got the same great 1-2 setup for Monocot Week. Yesterday I won the Cat 5 group at the East Canyon Road Race. In a year and a half of road racing, this was my first 1s-place finish. And it was made sweeter in the knowing that I did everything right- no mistakes, strong climbing, confident descending, organized a solid paceline, rallied and led a final break, and ate and drank just right. It was a fine day- my best race yet. 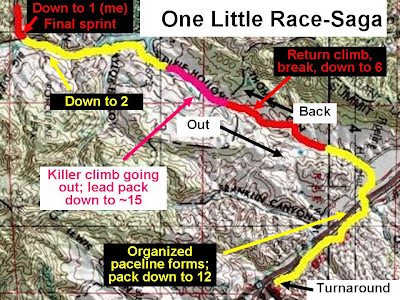 Nested Tangent #1: I’ve done about 7 road races now, and one of the interesting things is that each of the longer races is like a little drama, with good guys and bad guys, developing and shifting alliances and loyalties, and little challenges and victories throughout. And you never know how it will develop until it plays out. Each race starts as a mass of wary and stand-offish strangers. Each race finishes as a final duel between a handful of riders who over the past few hours, have built a measure of teamwork and respect for each other (and most often, know each other’s names). It’s difficult to explain to a non-racer, but the gradual erosion of anonymity in the lead pack over the course of the race enhances both the experience and the test of character. 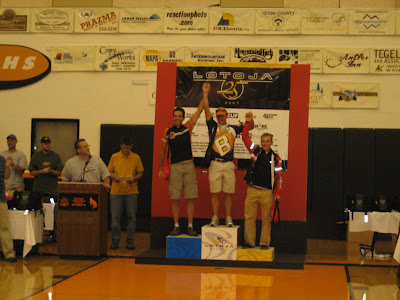 Nested Tangent #2: My wife a great theory about middle-aged bike racers. She’s noted (accurately) that I, and so many of my riding/racing friends, were complete non-jocks in high school and college, and in fact we were very often the geeks. Now, we’re the lean, hard-core, hard-training, super-competitive jocks, while by and large, the former high-school jocks are fat and watching TV. It’s as if we’re trying to make up for our lost high-school opportunities for jock-hood, through the smooth, low-impact, friendly-to-the-middle-aged-body sport of bike racing.

Back to Main Tangent: In any case, this will probably be my last time on the podium for a while. I was just upgraded to Cat 4. My next race will be with the big boys.