Though Juniper is the only tree in the , it’s not the only plant. The slopes I hiked up and along were dominated by three shrubs: Sagebrush, Blackbrush and Bitterbrush. Each is different an evergreen angiosperm, but they’re all different. 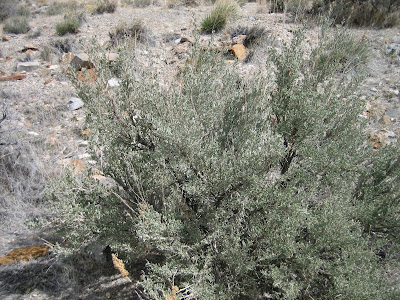 There are over 500 different species of sagebrush (genus = Artemisia) in the world, and somewhere around 20 in alone. In the Great Basin Big Sagebrush, Artemisia tridentata, is the most common, but dwarf sagebrush and black sagebrush are also common. As a rule, if it’s decent-sized-to-big and the leaves are at least 3 times as long as they are wide, it’s big sagebrush. But even then, there are five distinct subspecies of Artemisia tridentate, and they all hybridize freely. Sagebrush seems to be one of these plants that’s so successful because it’s speciating all the time. And one of the mechanisms at work seems to be polyploidy. Polyploidy is a weird chromosomal thing that seems to be worth explaining because it happens all the time in the plant world. Plants, like animals, create sex cells (sperm and ovule) via meiosis, where a cell nucleus splits and creates two sex cells, each with half the number of chromosomes, which makes them “haploid”. When two sex cells meet and combine they create a zygote (or specifically a seed) that has a full set of chromosomes, and is fully “diploid”.

But in plants the splitting part of meiosis sometimes doesn’t happen right and sex cells are created that are fully diploid. These new sex cells can sometimes combine with other diploid sex cells and create viable plants that are chromosomally tetraploid, with four sets of chromosomes. And other combinations can occur, resulting in plants that are chromosomally hexaploid (6 sets), octaploid (8 sets) or even triploid (3 sets). The two weird things about polyploidy are that often times the polyploid versions of plants exhibit traits or capabilities or hardiness not found in the diploid parent version, and that often times the polyploid versions can’t breed with the old diploid types and hence develop as separate species.

This may all sound rather esoteric, but it affects all of us every day. “Normal” wheat is diploid, but macaroni wheat is tetraploid and bread wheat is hexaploid. The bananas we buy in the supermarket are sterile triploids which can only reproduce through cuttings. In the natural world, plant polyploidy occurs all the time. All Coast Redwoods for example are chromosomally hexaploid.

Normal diploid sagebrush has 18 chromosomes, arranged in 9 pairs. But about a third of all Big Sagebrushes have 36 chromosomes, making them tetraploid. With Black Sagebrush, over 80% of the plants are tetraploid. 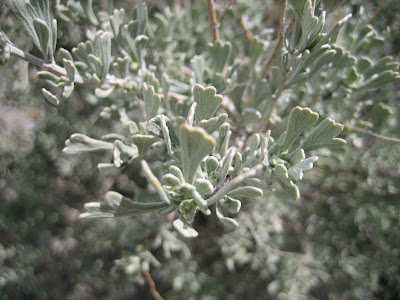 Sagebrush is wind-pollinated and its small seeds wind-dispersed. It self-pollinates easily. Its three-toothed leaves (hence the “tri-dentata” in the name) are covered with fine white hairs, which give sagebrush foliage its distinctive grayish tone. The little hairs act as teeny-tiny windbreaks and significantly reduce the amount of water lost by the leaves in high-wind conditions. Sagebrush is an adaptable survivor, and it’s been doing even better since Europeans started showing up. Domestic livestock generally find sagebrush unpalatable, due mainly to a series of organic chemicals in the leaves called terpenoids. (These chemicals are also what give sagebrush its wonderful scent, which is especially strong following a rain.) As a result, in heavily grazed areas, cattle will munch on grass and other shrubs, removing competition for space from sagebrush, which allows it to expand its coverage. Many of the sage-covered plains and hillsides you see across Western Utah and used to be grassland or mixed shrub; grazing has helped sagebrush dominate. 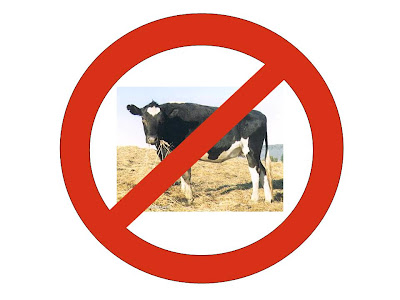 Speaking of cattle, one of the absolutely most wonderful things about the is this: No Cows. Not once did I see a single bit of cow manure or a cattle hoof-print. Cattle can and often do absolutely trash Great Basin woodland and shrubland, but apparently it just isn’t feasible to get cattle out to the Newfoundlands; I can’t imagine Union Pacific being sympathetic to a cattle drive along the causeway/RR tracks, and a 20+ mile drive across the open salt/mud flats would be way too stressful and risky for a herd. So the are- outside of the mining ruins- largely pristine, with big, healthy clumps of grass shooting up between the hillside shrubs. 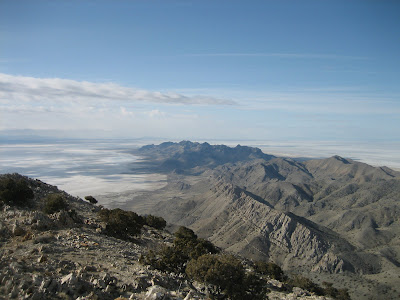 commands a sweeping view: endless flats interrupted by widely-spaced rugged ranges. At the summit there’s a register in a glass jar. The last hikers to sign in were here on New Year’s Day, 2007- 15 months before me. Since then, over 400 times the sun has risen, slowly marched across the sky, set. The stars have wheeled slowly over head 400 times, and in all that time, no one has set foot here, no one has sat on this rock, no one has spoken. Back here typing at home, the memory of quiet and emptiness on the peak seems like a rapidly fading dream, but on the peak my home felt like the dream. 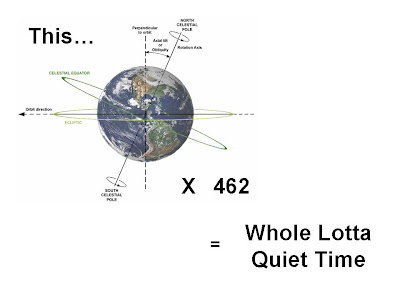 Tangent: The summit register, composed of several sheets of TRW company note sheets stapled together, was left by a John Vitz from .

In October 2005, my friend Steve and I climbed , the highest peak in the , about 80 miles South of here. We found a register at the summit and signed in. We were the first to summit the peak in 3 ½ years. The log, established in 2001, was started by John Vitz. This guy Vitz gets around. 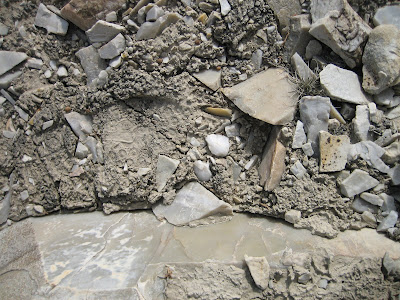 Near the summit I found this footprint in the mud- at least 15 months old.

Next up: More Shrubs!

Love the information on native UT plants and trees. We bought a home in the mouth of weber canyon, just below the U on the east bench above 84. There is a micro desert region there on the south facing slopes where Junipers and bitter brush grow (4,700 ft). I have several Junipers in my yard. I laugh when friends come over and say "Cool cedar trees." Ummm yeah, got some news for you. It should have been called Juniper City and not Cedar City! They also named our HOA "Cedar Cove". Makes me laugh. I wish I had a few Mahogany trees as well, but they seem to only grow up on the top shoreline or higher. I hope to get back out to NFL and make the summit this fall or next year. Thanks for the info.

Wow...crazy. That is my footprint! I hiked Desert Peak solo on New Years 2007. A friend sent me your blog. Small word. Glad you could experience Desert Peak. Next time I'll be more careful with leaving my footprints.

Anon- small world! Glad you came across the post.